Most Popular Private Investigator News of 2011 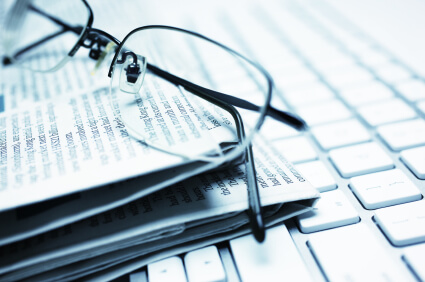 Editor's Note: This list was compiled based on PInow's social media and website. Stories were chosen based on clicks, views, shares, and comments, and reflect popular private investigator news within PInow's community.
It’s been a busy year for private investigators, and with scandals, surprises, rumored book deals, and more we decided to put together the Most Popular Private Investigator News of 2011.  To bring you our list, we researched what Facebook posts and tweets our fans and Twitter followers interacted with most. As an added bonus, we've also included our most frequently read articles from the PInow Investigator Center.

The top five tweets showcase a lot of variety. Bribery in the United Kingdom and an off-duty private investigator's trouble with his weapon were notable news stories. When we revealed Bruce Willis' history with private investigation many followers were compelled to find out more, but that number one spot was stolen in a landslide by a simple list of professionals.

5. Off-Duty Investigator Trouble
A Chicago-based private investigator received various charges, including unlawful use of a weapon and illegal transportation of alcohol after being pulled over for speeding.


4. PI tours the home of Lisa Irwin
Along with a string of other cases, the case of missing baby Lisa Irwin got the attention of a private investigator who was hired and allowed to tour the home.


3. Bruce Willis: Private Investigator?
This little dose of pop-culture was big news to our followers.

On Facebook, most of the chatter surrounded the rumor that Dominic Casey, the private investigator who worked on the Casey Anthony trial, was getting a book deal. Although there has been a lot of speculation, he has only admitted to discussing the opportunity with a few publishers.  No word yet on whether or not he will publish, but there are still rumors that it's in the works and will answer many questions about the trial.

Among all of the industry buzz at PInow headquarters, the News of The World scandal was our most talked about story of 2011. Full of notoriety, celebrity, bribery and controversey it seemed like we couldn't go one week without a new development or celebrity name attached to the scandal. The phone hacking, which targeted various celebrities, a 13-year-old murder victim and deceased soldiers were at the center of the scandal and played a significant role in the decision to end 168 years of active publication. The British tabloid and pop-culture phenomenon printed its last issue in July of this year.

Just in case it's been a while since you've visited the PInow Investigator Center, here is our list of the most-read articles of 2011. These articles were written specifically for investigators, and aimed to provide marketing and business tips and other information relative to the investigations community.

5. How to Market Your Private Investigation Firm to Attorneys

We're gearing up for a brand new year at PInow, and we're ready for improvements and suggestions. Is there a topic or certain type of article you would like to see more of? Or is there a Facebook activity you'd like to see us launch? If we're missing something, let us know!