Intentional Surveillance: a Tool for the Criminal Defense Investigator, Part I 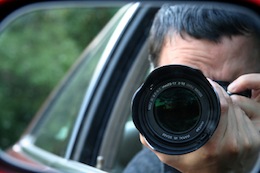 The odds are stacked against the criminal defendant. Stacked high. Depending upon the type or severity of the charges, by the time the defense comes into the picture, prosecutors will have had occasion to identify, document and classify their accusations. Even the simplest of charges can involve numerous personnel including law enforcement’s uniform division, detectives, informants, experts, and attorneys … all working toward the same end. They will have had the opportunity to select and accumulate witnesses and obtain statements from alleged victims. And, they typically do not make a case before or until they believe they will be successful. Time and technology are also on their side – not to mention budgets. Even after a suspect or alleged perpetrator is in custody, a team of professionals continues to work at shoring up their case.

Enter the defense. This team (if it is a team) might consist of one or two attorneys and perhaps an investigator backed up by a small office staff. Many attorneys even prefer to work without an investigator, not realizing what help a qualified criminal defense investigator can be to them. But, that is a subject for another time. So, do you see the difference in the sizes of the two stacks; defenders versus the accusers? If conditions warrant, surveillance can help reduce that difference. It can help to establish reasonable doubt and/or influence opinions of prosecuting attorneys as to plea bargains. If a case goes to trial, it can be a powerful tool in the eyes of the jury. An understanding of the possible benefits is limited, however, without some knowledge of what surveillance is and how it can be applied. Surveillance must be intentional to maximize its results.

Being good at surveillance is like being good at golf or baseball. Some inherent skills and attitudes are required, but you need a working knowledge and practice as well. Both working knowledge and practice can successfully come in the form of on-the-job training (OJT). In fact, no matter how much a person reads and studies surveillance, street learning will trump it. Reading and watching videos can help, of course, but only those individuals who share the rush and excitement of the hunt can become really good at surveillance. Having that “sixth sense” helps make surveillance naturally intentional.

We’ll define intentional surveillance later, but first let’s look at surveillance in general. By nature, it conjures up an image of sneaking around, hiding out and spying on somebody or some thing. And, many times, that’s exactly what it is. Sometimes it may not even have an individual human focus. You may be asked to watch a particular location, a warehouse for example, to see what goes on there or doesn’t go on there. You may be assigned to watch a vehicle, which can be done personally or by GPS. You may even be asked to observe and document the activities of a crowd or group of people … or a group of animals or a specific animal. The possibilities abound.

A third type of surveillance may be thought of as a combination of these two and is called mobile surveillance. It involves moving from place to place based on the movements of the target. Sometimes, it means anticipating target movements in order to be in the right place at the right time without being detected. Mobile surveillance may be conducted by a solo individual, but is most effective and less likely to be spotted when done by two or more people in two or more vehicles with a common means of communication like radios and cell phones.

But, as beneficial as it can be, surveillance has its pitfalls. For one thing, it is a haven for Murphy’s Law. What can go wrong usually does. What can get in your way, will. Stoplights that could change at the wrong time frequently do. And on and on. There is also the fact that you might be spotted or “burned” by the target. That can be problematic in many ways, which is why surveillance should be left to someone who knows what he/she is doing. Criminals or criminal enterprises oftentimes have lookouts posted throughout their neighborhoods, thus performing their own form of surveillance, sometimes referred to as counter-surveillance.

There are three main things to be on the lookout for when conducting surveillance. One, you must be as constantly aware of your target as possible. Two, you must make sure your target is not watching you or watching out for you. And three, you must watch your surroundings. All three of these will contribute in some way to the success or failure of your surveillance operation every time. Except in extreme cases, it is better to lose your subject rather than do something which will alert him to your presence or purpose. Once a person thinks or suspects he is being watched, things change dramatically. If a target knows he is - or may be - under surveillance, he can purposely do things which may adversely affect your defense, or you may even be putting yourself in harm’s way. If it is known that a target is on to you or “jumpy”, it requires even more tact and skill to achieve your desired results. You might say your surveillance becomes even more “intentional”.

Stay tuned for the second part of this article, which will focus on tips for conducting intentional surveillance and its importance to criminal defense investigators.

TW Person has been a licensed private investigator for 18 years at OS 29 Investigations. Person published a book in 2009 called "Milo Powell PI," which is a collection of 40 short stories from his career. Anyone interested in hearing more about that book can email [email protected]