Living in the Gray: What PIs can Learn from 1422

Editor's note: This article was based on an interview with Covert Results owner Robert Young and also takes inspiration from his book, Gray: Rise and Fall of 1422. 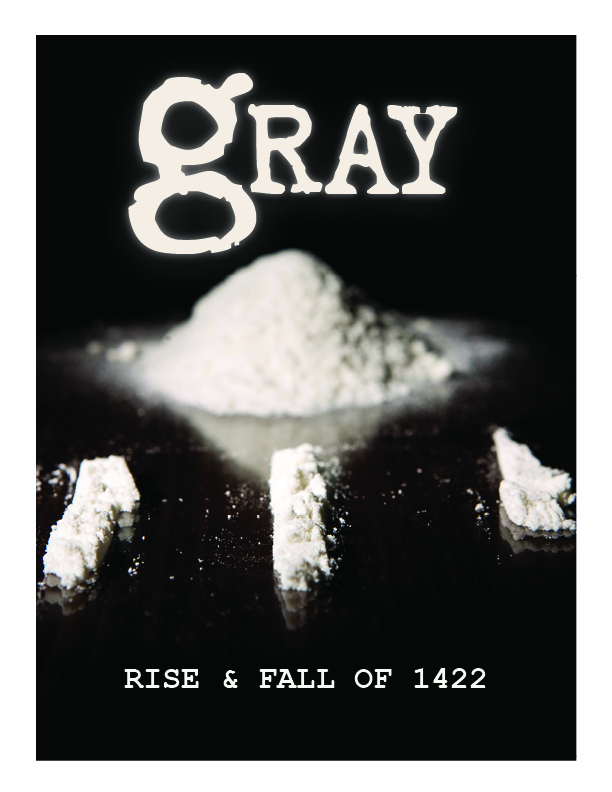 Before he was a private investigator, Robert “Bobby” Young served as a detective on the Metro Nashville Police Department’s 20th Judicial District Drug Task Force. During his time with the 20th, he and his team made one of the biggest drug busts in Nashville history, seizing over 100 kilograms of cocaine with 67 persons indicted. He documented his experience in his book Gray: Rise and Fall of 1422, in which he details the wiretaps, search warrants, and hours of surveillance he executed in order to get cocaine off the street.

The methods Bobby used to break the case, from taking pictures on the sly to covertly placing GPS trackers, are essential tools for any private investigator. Through his experience on the streets of Tennessee, investigators both new and seasoned can observe how various tactics are used successfully, even in extreme situations.

In order to understand the methods Bobby and his team used to catch the criminals, it is important to understand the case itself. Case TF-1422 started with just an ounce of cocaine. In March 2014, a confidential informant came to Bobby with a tip about a big-time cocaine dealer in Nashville. What started out as a controlled buy by this informant turned into months of following different players in the cocaine scene as the 20th district drug task force slowly uncovered the dealers in charge of the whole operation. They achieved this by wiretapping the numbers of small-time dealers and working their way up. Phone conversations about drug deals would provide them with times and places to conduct surveillance on suspects, where they would covertly capture as much evidence as possible.

The case was not always easy. A couple of months into the investigation, somebody within the drug task force leaked information about the investigation to the suspects, causing tension and distrust among the detectives. There were also times when surveillance went wrong. Officers would be seen or phones would be dropped. But the investigation continued in spite of roadblocks and, in the end, case TF-1422 concluded with 101 kilos of cocaine confiscated, 97 search warrants executed, and about $3 million in cash and property seized. It was a record-breaking case. However, the success of the case did not protect it from politics. Due to a complicated change of leadership, the 20th Judicial District Drug Task Force dissolved and left many, including Bobby, to apply for other roles within the Nashville Police Department. But the success of the case and the hard work put in by the task force remains.

Getting cocaine off the streets is not as easy as arresting everyone you find with drugs on them. If you want to make a lasting difference, you have to find and eliminate the source. For Bobby and the rest of the 20th, tactics such as surveillance, GPS tracking, working with informants, and a lot of patience all went into taking down the dealers and cleaning up the streets.

While surveillance mostly consists of sitting still and observing your surroundings, it can get very complicated very fast and it is essential for private investigators to recognize the different aspects of surveillance. Many of these aspects were on display in Bobby’s investigation and have helped him as a PI in his currentcases. He went as far to say, “If I didn’t have 11 years of law enforcement experience I would be lost.” While conducting surveillance for case 1422, Bobby’s team observed subjects from a car, dedicating hours to watch drug deals happen in person. He would often document their actions with his cell phone in order to be covert. The evidence gathered during this surveillance was essential to building a case. When it comes to evidence, you can know everything about a suspect but, according to Bobby, “knowing it, and proving it, are two very different things.” But perhaps as important as watching the actual deals going down was watching the residences of the dealers to see who came, went, and with what they left. This required vigilance at all times even when watching seemingly unchanging locations. It was also important for them to know the surrounding area in case they needed to follow a suspect in the car.

We knew he was the source of supply and the head honcho, but knowing it, and proving it, are two very different things.”

Mobile surveillance, whether trailing them in a car or following them on the sidewalk, is another tactic that Bobby’s team used to uncover the identities of additional dealers. It is sometimes the only way to establish the habits and associations of a subject and can lead to new evidence or suspects. When following a subject, one of the most essential things to remember is when to back off. Losing a tail is oftentimes better than them catching onto your presence and mission. And when you are burned, which is part of the investigation game, bow out gracefully rather than risk corrupting the investigation further. This is especially important if the subjects are potentially dangerous.

With case 1422, a year-long investigation, getting burned was inevitable. Fortunately, the worst the 20th experienced was getting cursed at from another vehicle. They also had a suspect discover a GPS tracker the officers had placed on his car. Undiscovered trackers are very useful for private investigators but the laws surrounding them can be tricky and vary by state. Before you invest in this technology yourself, make sure you are able to use it legally and place them with the utmost care. For Bobby, planting trackers came with intimidating dogs, climbing over fences, and waking up early to get the job done. Every tracker placed also came with the added responsibility of getting the tracker back after use since the technology is expensive. But the benefit of being able to observe a subject’s movement at all times is worth the extra effort.

Every investigation comes with its own unique challenges. TF-1422 especially succeeded in spite of naysayers and roadblocks. According to Bobby, one of the hardest parts of the case was keeping up with all the players, houses, and different phone numbers. “We were literally living other people’s lives,” he said. “How did we have time to keep up with our own?” Organization and focus are an often overlooked but essential part of preserving evidence and pursuing leads. As an investigator, you must have a legal and reliable means of documenting your discoveries as they happen.

Another challenge presented in his case was the fickleness of the people involved. For Bobby, the leadership of the force, the leak that betrayed his trust, and dealers who lied through their teeth all stood in the way of him and a positive outcome. Private investigators may face similar circumstances in the field. Uncooperative witnesses are common as are those who doubt your authority and skill as a private investigator. However, a thorough knowledge of the law and building up your people skills should help to address these issues.

Bobby knew what he wanted from the start. He wanted to clean up Nashville’s streets and follow in the footsteps of his father, who was the youngest special agent with the CSX Railroad Police. Bobby knew he didn’t want to be stuck writing tickets either. “I wanted the most excitement and the most impact out of what I did,” he said. So that’s what he pursued. Through challenges that lost him valuable time and sleep, he remained focused and did not listen to those that tried to bring him down. For other private investigators, his advice is to put as much energy as possible into research, including resources like PInow. He also suggested investing time into making your brand SEO-friendly and building up relationships with attorneys. As a private investigator, you have the potential to have record-breaking investigations and make a difference in your community. To get there, Bobby suggests, “Be organized, structured, and disciplined.”

I wanted the most excitement and the most impact out of what I did.”

Robert “Bobby” Young is the owner of Covert Results, a fully licensed and insured investigations, security, and training company that provides honest services to law firms, businesses, corporations, and individuals. For more than a decade, Robert served in many capacities within the Metro Nashville police department, including; patrol division, flex unit, crime suppression units, countywide narcotics, and the Drug Task Force. Robert’s professional excellence and dedication to service constitute significant accomplishments, awards, and accolades throughout his productive career.