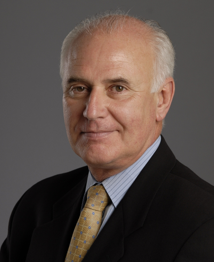 Editor's note: This article was written by industry professional and guest contributor Tom Shamshak. The views and opinions in this article are that of the author and do not reflect the views of PInow. If you are interesting in becoming a guest contributor, send an email to [email protected]

Tom Shamshak is the Program Director and lead instructor for Boston University's Certificate in Professional Investigation, featured on PInow's Top 25 Investigator Training and Education Programs. He is a retired Police Chief and licensed private investigator with 33 years of investigative experience, and has been featured on CNN's Nancy Grace and ABC's 20/20. His company, Shamshak Investigations, services the Boston and Providence areas.

Private investigators need an understanding of three core competencies: records research, interviewing and surveillance. Surveillance is not always a vital part of an investigation but can be helpful and necessary depending on the nature of the investigation.

Tom's Tips for Surveillance by PInow.com

Surveillance is the art of watching someone, some place, or some object in order to document and identify any contact, activities and whereabouts.

Mechanical surveillance is when technological devices are used to conduct surveillance. This is beneficial because equipment doesn’t get tired, hungry, or bored. Equipment can be used at multiple locations at the same time and information from equipment at different locations can be accessed simultaneously. For example, mechanical surveillance would be used over human in a case where someone is stealing from a construction site. Private investigators can put up cameras and go back and harvest the recordings.

Covert surveillance is undetected surveillance. Undercover detectives usually conduct this type of surveillance. It may involve trailing a target or using a piece of equipment, like a GPS tracking device, on a company truck or automobile without the company or driver’s knowledge (provided this it does not violate the laws within that state).

Mobile surveillance involves following a moving target. Say a case involves theft from a transporter, investigators may have to follow it along its route to observe whether or not an employee or driver is stealing.

Stationary surveillance is when the investigator stays in one place to observe the target. If a neighbor is complaining that somebody is damaging their property, a private investigator can watch the property from a stationary post, like a parked car.

Know the client’s needs. What is it that the client is trying to accomplish through surveillance? The answer to this question determines what types of surveillance will be needed, the scope of the project and the types of equipment that will be used. Private investigators have to educate the potential client and manage their expectations as investigations are often more complicated and costly than the client anticipates.

Know the subject
Before conducting surveillance investigators should always complete a background check with comprehensive records research on the target and acquire as much information as possible about them- name, address, phone number, complete physical description, photograph and relatives in the immediate vicinity. Private investigators will also want to know pertinent background information such as routines, habits, hobbies, schedules and associates.

Know your equipment
The kind of equipment a private investigator uses is contingent upon the nature of the surveillance itself. Investigators need to get familiar with their equipment ahead of time and practice with it. If surveillance involves a camera or a video camera, prepared investigators will have two of them with backup batteries. Sometimes investigators don’t get a second opportunity to capture an activity.

Every private investigator should have a flashlight for working at night, binoculars or a telescope, a tape recorder, two-way radios for team surveillance, a tripod for security equipment, gas in the car, appropriate attire, snacks and water.

Know yourself
I’m an avid believer in stress management. Investigators must do what is necessary to prepare their minds for work, like exercise, get plenty of sleep and have a practiced plan. All private investigators should also to be prepared for a situation where they are approached by a stranger or by the police while conducting surveillance. I always have a convincing story ready to tell. For stationary surveillance in a car I might say, “I’m doing a speed study”.

What Every Investigator Should Know About Conducting Surveillance

Surveillance is incredibly demanding and challenging. Private investigators who are successful at surveillance have to possess certain qualities. Someone with an outgoing personality, exceptional communication skills, the ability to take action, a good memory, an ability to blend into their surroundings and a strong attention to detail would be a good fit for surveillance. This person should also be honest, patient, observant, resourceful, flexible and focused. Not every person is able to sit for hours and focus on a particular area. Investigators often sit in an automobile for up to ten hours on the coldest day of winter or the hottest day of summer.

Ethics and Laws Relevant to Conducting Surveillance
All private investigators should know the laws that may affect their work in their respective states. Trespassing and audio recording laws are especially important to know. Laws regarding audio recording vary across the states and some states prohibit covert audio recording.  In Massachusetts, a state where two party consent is necessary, audio recording without consent is a 15 year felony.

How can surveillance aid an investigation?

Each of the three core competencies of private investigation plays a critical role in working through an investigation. As a valuable tool, interviewing helps investigators get more information and a clearer picture of the situation they are investigating. Combining that knowledge with records research and the basics of surveillance helps investigators hone their skills and become more effective in the field.