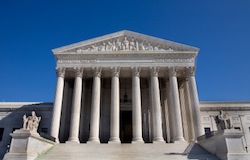 According to a Stanford University study by the Law School’s Center for Internet and Society, as reported by the Washington Post, most “anonymous” third-party Web tracking is not anonymous.

There apparently are a number of ways in which a user’s identity "can be associated with data that are supposed to be collected without linking to personally identifiable information." Privacy advocates are pointing to this study, led by graduate student and computer scientist Jonathan Mayer, as evidence that the industry needs Do Not Track legislation. The American Civil Liberties Union legislative counsel Chris Calabrese, in a statement, is quoted: “The sharing of detailed Internet records with the government is certain to have a chilling effect on Americans’ First Amendment rights to speak and pursue unpopular subjects online. These practices must be brought in line with the Constitution." A Federal Trade Commission report contends that self-regulatory efforts "have been too slow, and up to now have failed to provide adequate and meaningful protection."

Senior Analyst Daniel Castro of the Information Technology and Innovation Foundation called Mayer's study as alarmist. "Internet users have more tools to protect their online privacy today than they had a decade ago, and the private sector is working diligently to strengthen and improve online advertising self-regulation."

The ACLU has an ongoing congressional lobbying effort underway stating “In the same way that other industries are bound by basic privacy principles to protect consumer information, it is time for Congress to require that similar principles be followed with regard to Internet privacy.” They want Internet users to be able to have clear notice about the data collection practices involving their information, and data collectors explaining why particular information is needed and be held accountable for how the information will be used. Users should be able to control what is shared and what is kept private. Their solution is a "Do Not Track" option, which would give consumers a universal way to opt-out of tracking, much like the popular "Do Not Call" registry that allows consumers to opt out of receiving telemarketing calls.

Websites are widely sharing one’s log in name and personal information (i.e., first and last name and birthday). The ACLU cited for example, when one views a local advertisement on the Home Depot website, the user’s “first name and email address is sent to 13 additional companies. The site okcupid.com packages gender, zip code and date of birth especially for advertisers.” Advertisers then combine such information into profiles on individual consumers.

Personally identifiable information is almost completely unregulated on the Internet which raises some fundamental privacy questions. Advertisers sell this information to third parties, called data aggregators, who in turn sell it to other marketers, employers and, the government. Since 2001 data aggregation companies have had contracts with the federal government and states to collect and share personal information about millions of Americans, including unlisted cell phone numbers, insurance claims, driver's license photographs, and credit reports.

As reported by ISPLA earlier this year, Senate Commerce Committee Chairman Jay Rockefeller, D-W.Va., has introduced legislation that would require websites to respect consumer choices about online tracking, although the committee's senior counsel, Christian Fjeld, said it was doubtful that the measure would pass.

"I wouldn't be counting on us passing privacy legislation in this difficult political environment," Fjeld said. "Having said that, my boss, Senator Rockefeller, is still committed to working in a bipartisan manner to see how far we can move forward. And if it's not actually passing legislation, than it certainly [will] still entail conducting oversight and having public hearings on this subject.”

Bruce Hulme
ISPLA Director of Government Affairs
www.ISPLA.org
Resource to the Profession, Government, and the Media on Critical Issues