Why it Pays to Network as a Private Investigator 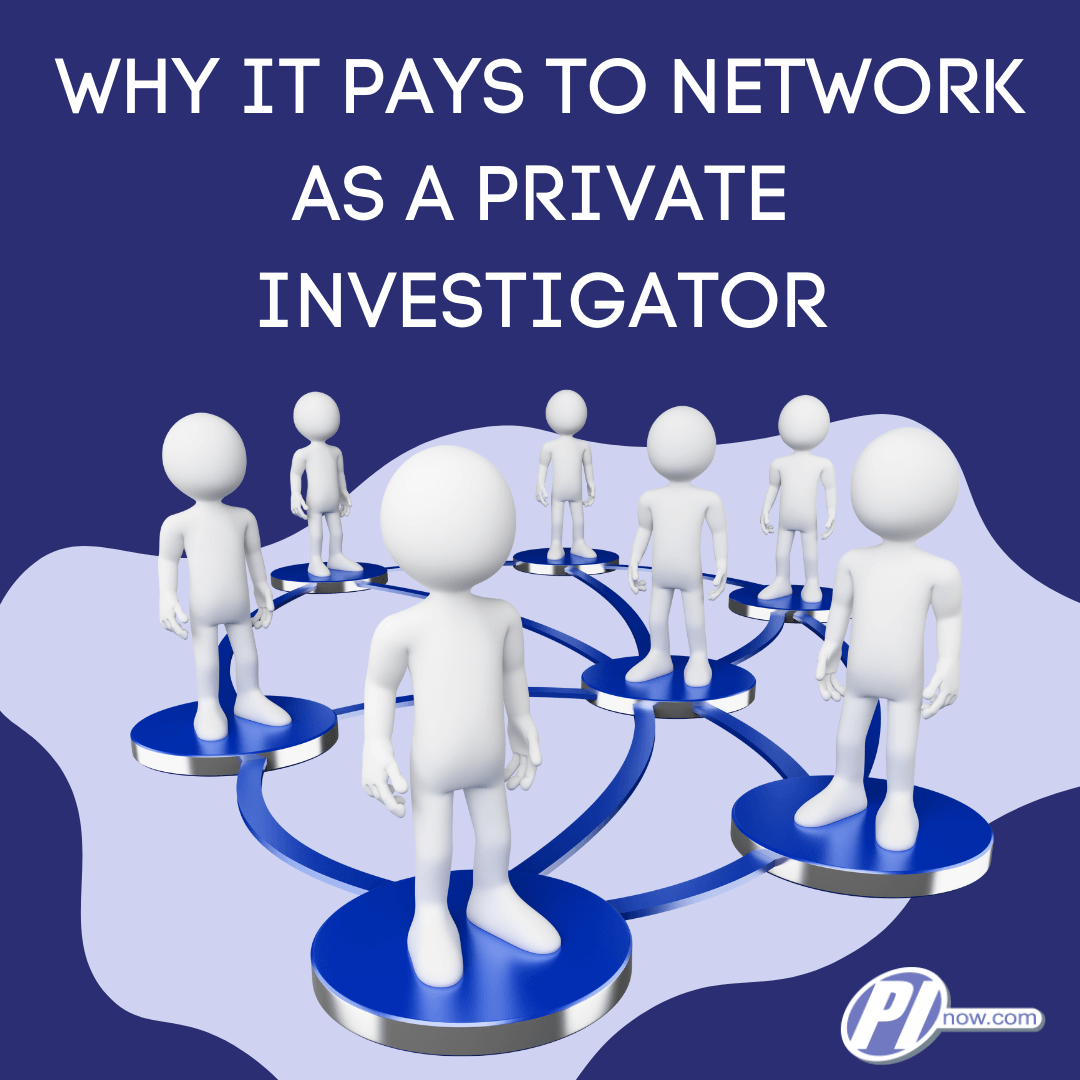 Private investigation is predominantly an independent field in which private investigators work on cases solo or with the members of their firm. However, by networking and working with others, investigators can learn from one another, share resources, stay current with laws, and even find new clients. There are multiple reasons why it pays to network as a PI. Keep reading to learn more.

Learn From One Another

Everyone has to start somewhere, and where better for new PIs to learn than from an established investigator? As an investigator gains experience, they learn from mistakes and learn how to more effectively and efficiently do their job. Networking is beneficial for private investigators because it gives them the opportunity to learn from seasoned veterans in the field. Seasoned veterans who rely on the tried-and-true historical investigations may not realize that there are newer technologies that can help supplement their skill set. Furthermore, investigators can share marketing techniques, business tips, and other important skills with one another. Through networking and working together, both senior investigators and new PIs can learn from one another to become better investigators.

Some jobs that private investigators are tasked with require intensive surveillance, technological resources, and more. Through a trusted network of investigators, PIs can work with other investigators to utilize resources they might not have. While the sharing of resources may not be offered for free, they present an opportunity to be there for one another. It also allows investigators the ability to take on jobs they might otherwise have to turn down.

For example, Texas changed legislation late last year to stiffen the punishment for those impersonating a private detective. New detectives who are just starting or those who are interested in entering the profession may not have realized the implications of not obtaining the proper license. Existing PIs worked to support the legislation change that prevents those who have not done the work to become certified. By staying engaged in the industry and networking, investigators stay informed, and in some cases, impact the legislation that affects their profession.

Some private investigators are fortunate that they are bringing in more work than they can handle themselves. Additionally, in other cases, they may get a lead on a job that is outside of the area that they prefer to work, whether geographically or in the type of work that it is. When an investigator networks with their peers, they are able to refer those jobs to another trusted investigator instead of just turning them down. Networking gives private investigators the ability to find new clients.

Overall, there is a multitude of ways in which private investigators can benefit from networking with their peers. These are just some of the positive things that can happen when working with others. Network and share with others in the PI Investigator Network on Facebook!