Unfortunately, most investigative interviewing today falls into a simple question-answer, question-answer format. The interviewer asks a question and the respondent gives an answer. Using this method, interviews often deteriorate into simple yes or no answers, resulting in surface level information. Even worse, the investigator may have alerted a suspect to the facts they possess, or unwittingly tipped them off on how to better cover their tracks.

Fortunately, I’ve discovered a better way to conduct investigative interviews through the college course entitled Techniques of Interviewing, experience as a policeman, fraud investigator, and PI.

One valuable method of investigative interviewing is establishing a rapport between yourself and the interviewee. Rapport forms a sense of trust or unbiased search for the truth which can result in better answers. Once a rapport is established, interviewers should begin to ask open-ended questions to lead to more unknown details. Instead of leading the interview, ask questions that let the subject expand on their viewpoint. Successfully asking these types of questions involves experience with question format and sequencing.

During my time as an insurance fraud investigator, I learned tactics to help paint a thorough picture of events through proper techniques. To conduct a thorough investigation, create guides and checklists for you to reference to be sure that you don’t forget extraneous details. Be sure that you do not lose sight of facts and where you need the interview to go. A preplanned systematic procedure can help you get the answers you need.

Based off a book titled, Memory-Enhancing Techniques for Investigative Interviewing: The Cognitive Interview which I found while on a private investigative job in Florida, the cognitive interview tactic is one of the most effective tools in my arsenal.

Here are some key takeaways from The Cognitive Interview my team and I use with exceptional results.

In the typical question-answer format, the respondents are passive. They wait for the next question to be asked and can fence and parry with the interviewer. In the Cognitive Interview, the responsibility for carrying the conversation is shifted to the respondent.

After you have framed the issue and established rapport, the heart of the Cognitive Interview rests on allowing the person to tell their story without interruption. The authors of the technique, Fisher and Geiselman, found in their field research that most policemen and women were interrupting the witness within six seconds of their recall. A truthful person who is given memory recall prompts and who is allowed to provide an uninterrupted narrative of the events can do so with promising results. An untruthful person has to make up a lot to support their lies and deception. A truthful person will tell a story with a beginning, middle, and an end. An untruthful person has to create a story to support the deception, glossing over the details they have to remember to support the lies. Letting the subject lead the interview does not allow an untruthful individual to rely on the investigator’s questions for leads or judge the right question. It does not expose any compromising details, but rather forces the subject to completely illustrate their information.

How good is cognitive interviewing? Don't just take my word for it. When the United Kingdom was beset with a series of high-profile false confessions in the 80s and 90s, they searched to find ethical interview and interrogation methods that removed all forms of physical and psychological coercion while improving fact-gathering. The core tenets of cognitive interviewing (CI) became part of the PEACE method which is now the standard method of police interviews in the UK. Variants of it are employed in the Commonwealth countries.

I have used the CI method to learn who was at fault for a fatal car wreck a week prior to the interview and for a wrongful conviction exoneration case with murder witnesses for a crime that had taken place 20 years earlier. I have used it to recreate the last 60 days of a person's life from her co-workers’ perspective five years later in order to corroborate witness testimony in a street shooting.

Memory recall is fraught with many problems, but at least the investigator doesn't have to be one of them. How fast was the speeding Mustang going when it blew the stop sign? How far were you standing away from the tall guy with the cowboy boots and Coors belt buckle when you saw him pull out the .45 Auto and shoot three times? These direct questions are examples of "poisoning the well" if extraneous facts were not directly provided by the respondent.

Start with an interview plan before you even get out of the car. Know the file, your investigative objective, and anticipated objections. Have your rescue question handy if the door is closing in your face. Showing a photo or diagram to the person with, "Can you just tell me where you were when this happened?" may be enough to get the door to open up.

You will be surprised what you will learn when you start an interview off with, "Tell me everything and don't leave anything out. I won't interrupt you." 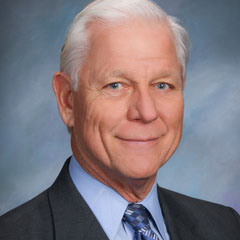 John A. Hoda is the owner of Hoda Investigations, LLC in Milford, CT specializing in Personal Injury, Wrongful Convictions, Locates and Statement-Taking. He is the creator of the DVD: The Ultimate Guide to Taking Statements. His cases have appeared in the headlines of the Philadelphia Inquirer and the New Haven Register. He is launching a three-book series of How to’s for Private Investigators in the Spring along his crime thriller "Odessa on the Delaware." He also hosts his PI podcast “My Favorite Detective Stories.”