Just over 10 years ago, one in every 20 people had an online “profile” where people could see their interests and activities. As technology has improved, so has our ability to socialize online. Today, four out of five people use social media and three out of four use convenient smartphones to frequently update them with new information. For private investigators, it’s the California Gold Rush.

With that many people engaging online, it’s no wonder that the internet has become home to another realm of investigation. For cases in which a spouse or lover is concerned about infidelity, social media is often the first place the significant other checks. For example, in 2009, an Ohio woman checked her husband’s Facebook page and discovered he had a second wife.
Facebook, the champion of social media outlets, continues to be the most popular social media site.

But it’s not just private investigators who are finding this information useful. According to a study conducted by CareerBuilder earlier this year, 70 percent of employers use social media to screen job applicants, which means employers are viewing social media as a legitimate avenue to investigate prior to deciding to hire a candidate.

There’s a lot to learn about a person on social media, after all. Among many behavioral trends online, several can show insight into a person’s personality. For example, one study published in Computers and Human Behavior and referenced in a Forbes magazine article, shows that neurotic people, highly prone to stress and anxiety, publish more photos because their communication skills are lacking. For a recruiter, this information would certainly be valuable.

Linking this to the PI world, investigators could obviously learn a thing or two about their subjects. When an investigator finds patterns of socializing, work ethics, and personal beliefs, both good and bad, they may be able to find the information they’re seeking. 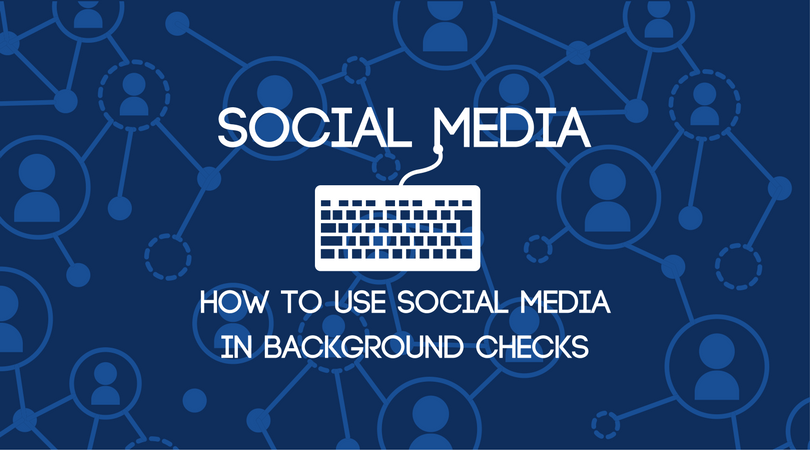 Prospective employers are usually interested if someone has posted provocative or inappropriate pictures, indicates they’re drinking or using drugs, participated in criminal behavior or made discriminatory comments. According to CareerBuilder’s survey, employers also want to know if someone criticizes their job or co-workers, shares confidential information or lies about absences.

All in the timing

Depending on the investigation, the timing of posts may be significant. Is your subject spending much of their workday posting to their page? That may not match if they told their interviewer it’s a fast-paced environment. Did they check in at every stop of their overseas vacation as it happened or just post the highlights when they were back at home? Does their profile go back for just a few days before they applied or for several years? How long has it been since it was updated?

Many people maintain privacy settings on their profiles, which can actually show prospective employers their ability to keep things confidential. Depending on their content, it’s not necessarily unusual to find someone has multiple profiles. Did you find one with a family photo and many friends with the same last name and a different one that has a professional portrait associated with mostly co-workers and colleagues? Again, someone who prioritizes their time between work and family might be exactly what an employer is looking for.

Even when a profile’s content is restricted, it’s not hard to identify their “friends” - many of whom won’t have the same privacy settings. Is your subject tagged in their “partying” photos? Check again for any comments or likes on controversial posts. You might get all you need to know without being able to see your subject’s page.

Though Facebook is the largest social network, don’t forget to search Twitter, Instagram, Snapchat or even newer ones. And older ones. Since Facebook became ubiquitous, MySpace has become neglected and frequently escapes a social media “scrub.” Keep in mind a decade-old post about partying two weekends in a row might not be relevant for a job candidate today, but a felony conviction is.

They may be one step behind easy-to-use apps, but online search engines can still find connections, links, and information with an ease that was unimaginable a generation ago. Try finding your subject through different platforms to find unexplored avenues and confirm what you’ve learned.

While red flags are the biggest concern, your job is to present what you've learned. We use social media is an outlet of expression and if your search shows someone takes their children for an outing every weekend or regularly volunteers for charity projects a potential employer will benefit from that information.

Have you searched through every network, tried every name variation and come up with absolutely no social media presence for your subject? It’s unlikely, and it could warrant further investigation. Did your client ask their candidate how comfortable they are using social media? If someone says they’ve embraced making those connections but has no profile, more explanation is needed.

According to the aforementioned CareerBuilder survey, over half of companies check current employees' social media profiles and over a third have reprimanded or fired an employee for inappropriate content.

Although user privacy settings can easily thwart the best of investigators, there is typically a plethora of information available — right at your fingertips.

And before you log off — be sure and review the lessons above and check your own profile. Clients want investigators they know will get the job done and behave appropriately. Most importantly, they need to see you can keep things confidential.