Surveillance - A Concept of the Art

Surveillance is a newly published book pertaining to lessons, stories, and tips about the art of surveillance by Eddie Cruz. Below is an excerpt, "Report Writing," containing useful techniques and insights. You can read more about the author by visiting Eddie Cruz's website and purchase the book through Amazon.

A written report is necessary for every surveillance. If you are working on a case that requires multiple days of surveillance, an individual report for each day of surveillance is recommended. You or your employer can provide the client with a supplemental or summary report at the end of the investigation, but daily reports are easier and convenient to follow.

Try to complete your report right after each surveillance, while the information is still fresh in your mind. Delaying or allowing unfinished reports to accumulate during other surveillances only causes confusion of the details. Your report should be grammatically accurate and free from any assumptions and embellishments. Present only the facts as you observed them, regardless of the outcome. 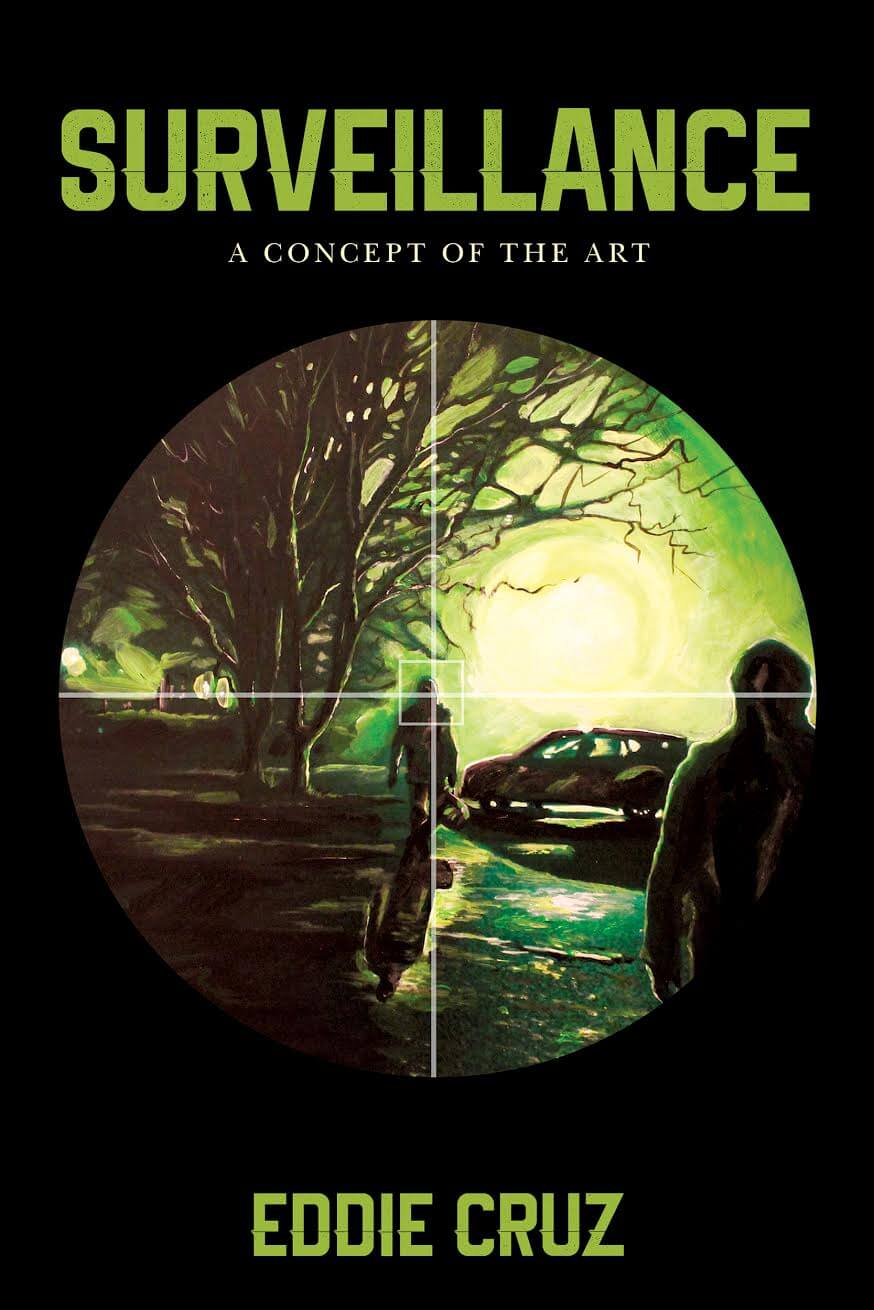 The surveillance reports I prepare follow a timeline, and it’s important that your video recordings correspond with the documented times on your report. Most of my reports are documented with military time; very few employers that I’ve come across prefer civilian time. In my reports, I never document my full name, only my initials. I also write my reports in the third person so that it appears as if someone else is writing it, making my identity ambiguous to anyone on the opposing side who may read it for whatever reason. I understand that an employer may be required to reveal the name of the investigator if the case goes to trial or a hearing, but I continue to write them in this manner regardless. Your report should also be articulate, with as much reasonable detail as possible. Small details can lead to important clues and even the solution to your investigation.

Upon arriving at your assignment, take a quick video of the location. Then begin to document a detailed description of your findings. Is it a residential building? If so, is it a one-family or two-family home? Were the lights on or off when you arrived? Is it a brick or wood frame structure? What’s the color of the domain? How is it designed? Is there a porch or garage? Is the type of community residential or commercial? How many vehicles are parked at the location?

If it’s a private home, record the license plate numbers of the vehicles on the property. Are there garbage cans at the end of the driveway (an indicator that someone has been at this location recently)? I remember showing up early to location on a snowy day; I could tell there had already been activity and the direction of that activity because of the tire tracks on the snow leading out of the driveway. Also, take mental notes of the activity of the neighborhood, such as who’s going or coming from work, who’s going to school, who’s walking the dogs, and at what time these things are occurring. This can be helpful to you or another investigator who conducts a follow-up surveillance and is searching for a good observation post.

When trying to point out the location of something being described, some use the terms left side, right side, front, or rear, but it is only relative from their perspective. Let me explain. If you are facing a house from the outside and describe an attached garage on the left side of the house, that location would be on the right side of the house from someone inside. To remedy this, some investigators use cardinal or compass directions: north, south, east, and west. The fact that these points are fixed makes this method the most accurate course to take in providing proper orientation for the reader.

Sometimes in a surveillance, you have numerous active players who may be known or unknown; referring to one as “the tall Caucasian male with the down coat,” for example, is not the most expedient way to document in your report every time this individual does something. What you can do here is look for a specific characteristic of the individual that helps in making him or her identifiable, and add the initials JD—for John Doe or Jane Doe—before that characteristic. So, if your player has a noticeable scar on his or her face, you can document this person on your report as “JD-Scar” or “JD-Scarface.” This is a placeholder name until you can identify or eliminate him or her from your investigation. When referring to your subject, you can refer to the individual as the subject, target, or by the subject’s last name. It depends on the policy of the agency you work for.

Essential to my reports is something called a “time shot.” These are video shots taken every hour, especially if you’ve been sitting at the same location for a while waiting for something to happen. This helps to prove that you were present and did not leave the location. If your subject is active and moving about, it isn’t so important to record every hour because you’re probably recording the subject’s activities. It’s also not that important that the recording be made exactly on the hour; just try to keep it close. At the same time, don’t force yourself to take a time shot if people are near you. They may see you. Just wait for them to leave and explain it in your report if necessary. Equally as important is that you also record the time of your arrival and departure.

One last thing here about reports. Some PI companies put a limit on how much time you can bill a client for your report. After a surveillance, it can easily take you up to two hours to organize your notes and match them to your video. If your employer imposes a limit of, say, one hour, and it took you longer to do it, you will not get compensated for that extra time. To avoid this, I write my draft on my computer or tablet while I’m in the field. This way, when I get home, all I have to do is make corrections and add other details rather than starting from scratch. Sometimes I still go over the allotted time but not by much and not often. If you’re good with your computer, you can even add photos to your reports that illustrate places and persons of interest. But this is not always necessary because you would also have video taken from your recording devices. Save all your reports for future references and in the event your investigation goes to trial.

Eddie Cruz was raised in the tough streets of the East New York section of Brooklyn, where he overcame the crime, drugs and gang activities that were part of his day-to- day life. What made for a challenging childhood prepared him with the skills necessary to be a successful undercover for the New York City Police Department, and later as a private investigator. During his years as an undercover he was immersed in the dark world of narcotics, where he also conducted numerous physical surveillances. Eddie’s success led him to even assist federal agencies during their own narcotic operations. Upon retirement, he entered the private sector and focused primarily on the surveillance component of private investigations. Eddie is a licensed private investigator who chooses to work as an independent contractor for various PI companies and is currently working with Jim Murphy President of Sutton & Associates located in Hicksville NY. Using the knowledge and experiences he gathered over his years in the harsh streets of Brooklyn, as an undercover in narcotics, and later as a private investigator, he created Surveillance, an easy-to- use and comprehensive guide.