Since its inception in 2008, Airbnb, the popular bed and breakfast/hotel/hostel hybrid, has grown exponentially at 89%. With the company’s fast growth and increasing popularity, more people are jumping into the market, listing their homes and condos available for short-term rentals in hopes of making extra income. Some are even investing in multiple properties to cash in on the Airbnb market. The rentals have created a new market, boosting tourism in both large cities and small towns the United States and abroad, while providing cost-effective alternatives for those seeking a short-term stay.

This all sounds great — and it is — for those who are renting their homes legally and abiding local ordinances. However, there are individuals who have in effect created illegal hotels by evicting long term tenants in favor of short term stays on Airbnb, and exceeding the maximum rental time for short-term rentals allowable by local ordinances. These practices have created a new niche for private investigators. 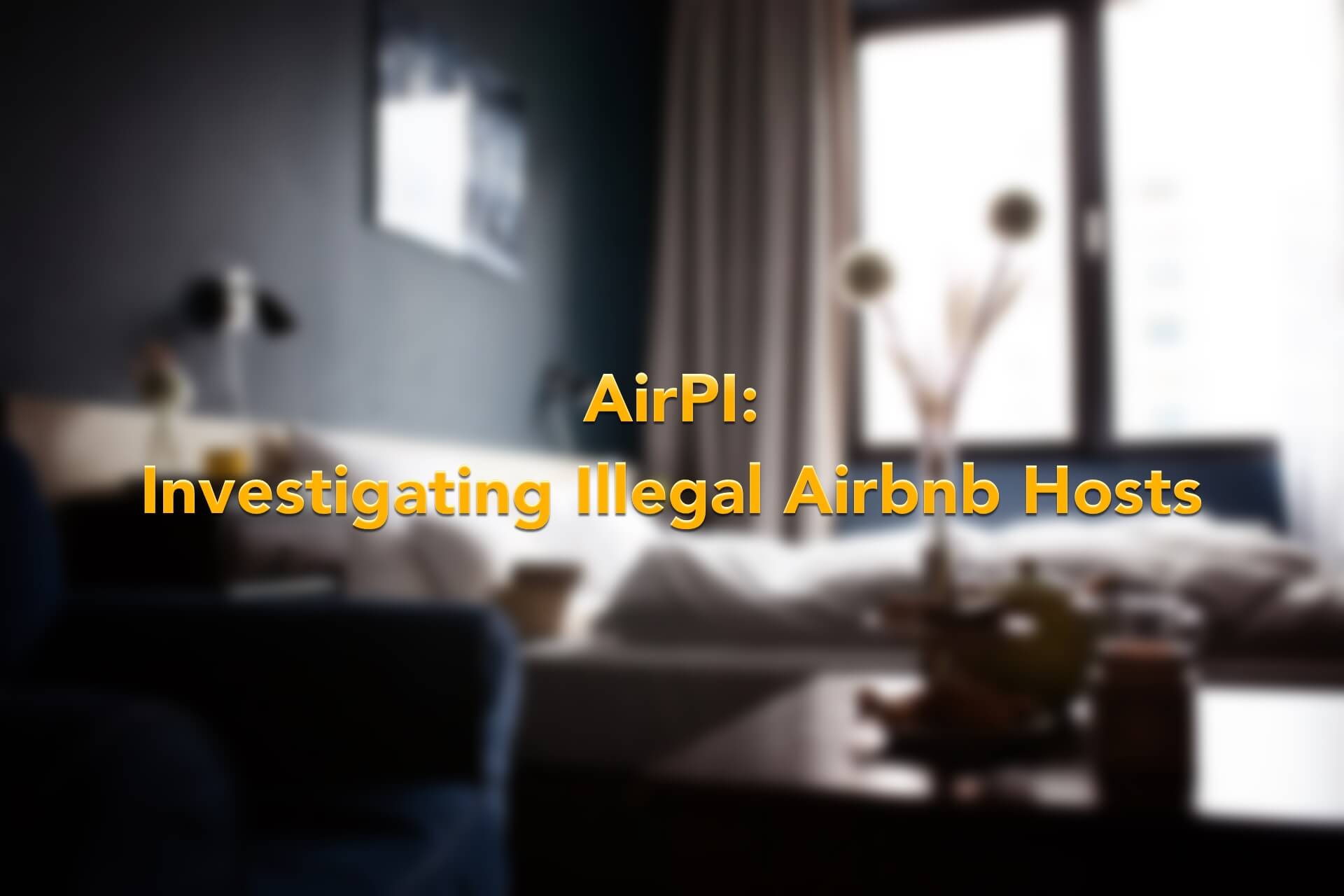 The widespread public acceptance of Airbnb has established the service as one that’s here to stay. However, legislators in big cities such as New York and San Francisco have put the formal kibosh on Airbnb by deeming it an illegal hotel, resulting in a market for investigations. For example, New York’s law, recently implemented in October 2016, restricts property owners from advertising rentals on Airbnb and the penalty for doing so results in exorbitant fines, further enforcing the 2010 Multiple Dwelling Law that prohibits rentals of less than 30 days. Courts are already seeing cases stemming from allegedly illegal Airbnb rentals — a sure sign that there will be more to come. But how many more cases could there potentially be?

A 2014 report conducted by the New York Attorney General’s office showed that 72% of all Airbnb listings during the review period were operating illegally. Later, in 2016, a report produced by BJH Advisors LLC for Housing Conservation Coordinators Inc. and MFY Legal Services Inc., which was created from 2015 data, showed that 56% of the listings were likely illegal. Airbnb has been proactive in removing listings that they have identified would violate the Multiple Dwelling Law, but the report is evidence that despite their efforts, there are still thousands of units listed still potentially in violation. These cases are in New York alone — other major cities such as San Francisco, Chicago, and Austin also have laws on the books aimed at curbing illegal rentals. For private investigators, that is certainly enough to create a new niche including surveilling properties for evidence that are being rented out illegally.

At its core, most of the work surrounding illegal Airbnbs has to do with the length of stay and proving that what appears to be happening actually is occurring. Investigators could find work from Airbnb (should they choose to police properties beyond just examining their listings online) from former tenants who choose to pursue a lawsuit alleging that they have been illegally evicted in favor of short-term Airbnb listings, from property owners who are dealing with Airbnb squatters, and from cities, hoping to rid the market of illegal hotels (such is the case in New York with listings that violate the highly publicized MDL). Private investigators are even finding work through Airbnb to catch more salacious activities, including drug use and prostitution.

For private investigators, the job could entail going undercover as a prospective short-term tenant or photographing/surveilling the comings and goings of the property. Or for the adventurous types, it could entail posing as pimps, prostitutes, and drug lords.

Although both Airbnb and major cities are doing their part to police adherence to local laws, there is still room for a third party market to weed out violators and help provide evidence to attorneys in the courtroom. The work, as one private investigator, Michael Joffe, recounted in a Bloomberg article on the burgeoning PI market, is readily available: “Unfortunately, or fortunately, depending on how you want to look at it, it’s a decent living in San Francisco right now being an investigator doing these kinds of jobs, because here are so many of them.” Law enforcement agencies in most cases don’t have the staff to dedicate an entire unit to combatting law-breakers, and Airbnb, despite attempts to remove listings that violate terms, hasn’t been able to catch them all.

If you’re interested in securing work resulting from potentially illegal Airbnb listings, there are a few places you can seek out work. Here are some options to get started finding Airbnb work:

Just as with any new niche in the private investigation business, you will need to market your services. This may include making phone calls, in-person sales calls, advertising, and getting involved with and networking at property management and rental industry conferences (some upcoming events include National Property Managment Association, RealWorld 2017). There are a lot of ways you can go about securing work, but we’ve provided you with some ideas to get started.

We’d like to know, have you found work resulting from illegal Airbnb listings? Let us know how you tapped into the market in the comments.