How to Work with DNA Evidence

I am not an expert in DNA but I am an expert in evidence, the collection of evidence and crime scene reconstruction.

The advancement of DNA (Deoxyribonucleic Acid) evidence in criminal cases is much like when fingerprints were first introduced and used in criminal investigations.

Law enforcement now has another way to positively identify and connect an individual to a specific crime, or in some cases prove that someone was wrongfully accused and is innocent.

Unlike fingerprints which are very seldom found at a crime scene, DNA is almost always left at the crime scene. It is up to the savvy Crime Scene Investigator to find it.

When law enforcement first started to deal with DNA evidence it was mostly body fluid (semen and/or saliva) and/or blood evidence.Often there wasn’t enough DNA evidence left for re-testing. One had to be very careful on what was tested and what tests were to be conducted.

Today only a nanogram is needed for a complete DNA profile. A nanogram is described as about the size of the point of a number 2 pencil.

With the advancements and new technology, there is now touch and/or transfer DNA. Touch DNA is the transfer of skin cells and/or sweat to an object when it is handled.

How much DNA is transferred varies from subject to subject and object to object. For example, in published studies, a piece of wood could contain as much as 169 ngs. where as a piece of glass could contain 5.2 ngs., after being held for sixty seconds.

Not every contact leaves enough DNA for a touch DNA profile, but several studies did find that an item handled several times, or if it was handled with pressure and/or friction the probability of finding DNA increased.

When it comes to specific individuals, it was found that some individuals lose skin cells at a greater rate than others. And of course, some of us tend to sweat or perspire more than others. If a person hadn’t washed their hands just prior to the incident there is a higher chance that they will leave more DNA. 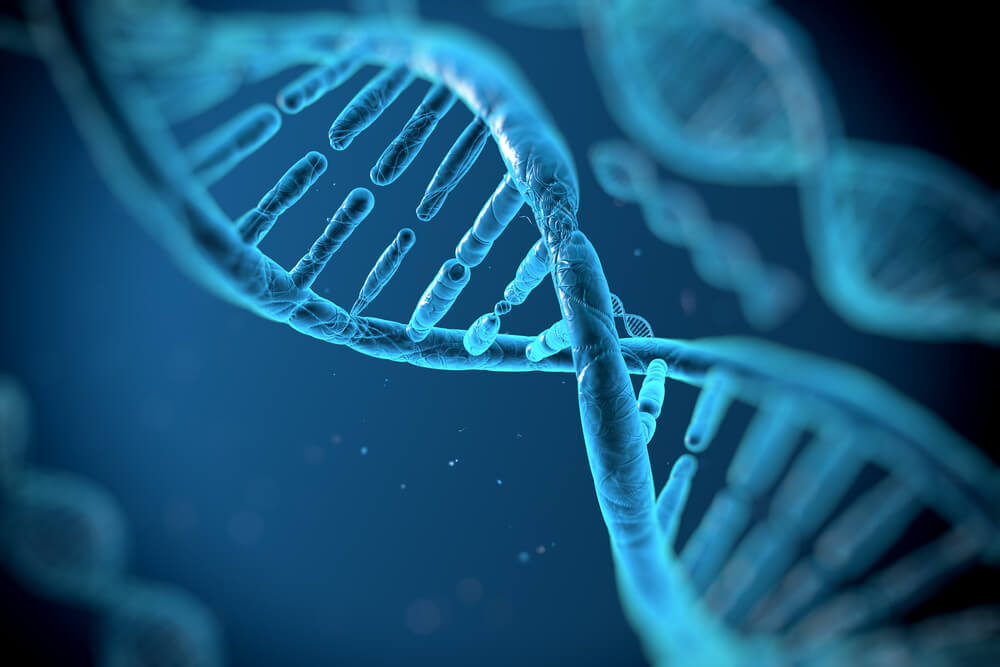 Once the DNA is transferred to an object, how long will the DNA remain?

This depends on the location and surface of the item touched. It also depends on where the DNA is located on the specific item. Was the DNA in a crack or seam? Was this item containing the DNA outside exposed to the environment or inside a residence or protected area?

This is where the investigator needs to collect as much information as they can about the case and location of the DNA.

What are the possibilities that it wasn’t a secondary transfer?

Secondary DNA transfer is when one item is touched by an individual then that individual touches someone or something else and transfers the DNA.

There was a case in California where a homeless person was charged with murder after his DNA was found on the hand the victim. During the investigation by the defense investigator, it was later found that an ambulance transported the homeless person earlier in the day to the hospital. That same ambulance later that day transported the victim that died. It was found that the DNA was transferred in the ambulance by the finger pulse clip used on both individuals.

Another major concern in secondary DNA transfer is during the actual packaging of evidence. If proper protocols and/or procedures are not followed, DNA can be transferred from different areas of the specific item of evidence. An example of this is blood on a knife blade being transferred to other parts of the knife such as the handle.

Another question that is often asked when it comes to touch DNA evidence, is it possible to tell who handled the item the most or who held/touched it last?

Just because someone’s DNA is more prevalent on an item doesn’t mean that they are the last one to handle that item or that they handled it more. This is goes back to the fact that some individuals tend to leave more DNA evidence behind than others.

So where do we look for this DNA evidence? This is where a well-informed investigator with a keen eye is a huge asset.

I was asked several years ago to assist with a cold case (very old) that a person had just been arrested. The victim, a female, was found in an old shed wearing men’s gym shorts. After I was asked to review the case and in looking at the photographs, I requested the attorney I was representing to have the waistband of the gym shorts checked for DNA. I told the attorney that the DNA would either exonerate or convict the client. Unfortunately, the client’s DNA was found on the gym shorts and he ended up pleading to the murder.

Look at your crime scene, what does it tell you? Is there a reason for the DNA to be there?

Just like the case I mentioned earlier in this article of the homeless person in the ambulance.

Anyone that has worked criminal cases in Law Enforcement knows that the Forensic Lab is overwhelmed with DNA cases. Now with touch DNA and the awareness of DNA evidence, the average chemist’s daily case load is phenomenal.

With the caseloads increasing the laboratories are decreasing the number of serological tests they perform on the evidence submitted by the law enforcement officer. This can become a real issue when it comes to a rape case and the samples are not tested for body fluids like semen and saliva.

Most law enforcement laboratories, to save time, are also not testing or looking for sperm cells during their DNA testing. This becomes very important when there is a question as to the time frame that the rape or sexual encounter occurred. The number and quality of the sperm cells can help to determine the time the semen was deposited.

This can be very important if and when a timeline is being developed by the investigator and/or an individual claim to have had consensual sexual contact with a victim days prior her death.

Always remember to review the entire case file when working cases that have DNA or that could have DNA.

In his defense work, he has reviewed investigations of homicides, shootings, unattended deaths, police policy and procedure, and crime scene reconstruction. Based on his analyses, he has helped in getting reduced sentences for those wrongly charged and others exonerated that were wrongly accused.

In his work for the prosecution, he has helped in analyzing crime scene investigations and has reviewed entire cases post-conviction. He has helped exonerate the innocent and incriminate the guilty.

Prior to his retirement, Stu was a certified Crime Scene Instructor through the Idaho Police Officers Standards and Training (POST) Academy. He was the lead investigator on many high-profile crimes within the State of Idaho, many of which have been publicized multiple times on news programs and television shows, like Nancy Grace, Geraldo, True Crime, etc.

Stu maintains his training in his specialties, and is always attending seminars to better himself in these fields. Technology is always changing, and to stay apprised in new advancements and techniques, he attends and continues to attend forensic and homicide courses every year. As well as staying apprised of rule and statute changes within the state.