Should Investigators Be Hired on Contingencies?

Any private investigator who keeps up with industry blogging knows that Brian Willingham at Diligentia Group is one of the key leaders when it comes to information sharing and discussing the finer points of working as a private investigator. In a recent article, titled, Can a Private Investigator Be Hired on a Contingency Basis?, Brian targets a question he is asked quite often. In the article, he writes . . .

Since this is such a common question investigators are ask, I’d recommend every private investigator read his article and take notes of his 4 points as to why it’s a bad idea.

As Brian gave some great points as to whether or not a person CAN hire a private investigator on a contingency basis, we began to wonder, SHOULD private investigators accept cases that fall under these circumstances. To delve into it further with other members of the profession, we raised one question to the PI Marketing Group on LinkedIn: Should a Private Investigator be Hired on a Contingency Fee Basis? 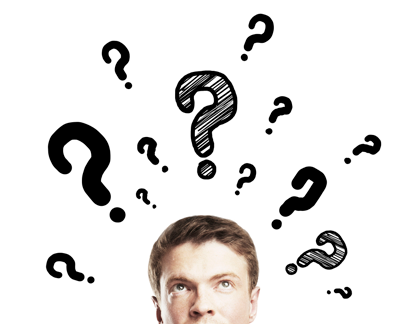 The response touched on a variety of issues, and some of the responses were surprising. Group members touched on legality by state, qui tam cases, pro bono, asset searches, bias, and getting paid.

“Contingency projects are a dangerous and slippery slope for private investigators,” one group member shared. “All of the previously mentioned reasons in [Brian’s] article stand as excellent grounds. I will, however, accept certain cases pro bono. I will only work pro bono with an attorney and not directly for a client.”

“Taking cases on a contingency basis? That’s a good way to dine often on Ramen Noodles,” another said.

It was the comment from an Oregon and Washington based private investigator, as well as conversations about specific types of investigations that stirred up a further conversation. One experienced investigator said, “I would accept a whistle blower case on contingency fee basis with a clear, written contract.” After some pushback from group members, she furthered, “I would accept a qui tam case with an attorney because it may be public welfare, e.g. medicare fraud. It would have to be a reasonable percentage.” She referenced Burns v. Oakes.

Soon after, the topic of asset searches came up. One regular contributor to the group offered up his firm’s own experience, in which an investigator was offered contingency money if he could locate and recover some big equipment. “He was given a list of descriptions and serial numbers, and sure enough, within a few months, he found the equipment that was being repossessed,” he said. The investigator recovered the equipment, only to discover that not a single serial number had matched. “He had stolen some half a million or so of the wrong equipment.” The investigator was sued, had his license revoked, and went to prison. After he was released, he set to work on proving that those who hired him knew the equipment wasn’t theirs. “Of course, he could have avoided this whole thing if, in the dead of night, he could have successfully compared serial numbers,” the group member said. “But he had to get that fee, and he wasn’t going to get it if he didn’t go through with the seizure.”

Although some states prohibit it, much of the group’s concluded that a contingency fee can create bias in the investigator and detract from facts.

One group member who works in the South says that he has been approached by attorneys and asked to consider being hired on a contingency. “I have always declined,” he said. “Ultimately the client is asking me to secure evidence based on a case that they are trying to plan to bring to suit. If that attorney makes any missteps and the evidence is excluded or they litigate poorly, then I would not be paid even though my portion was done correctly and properly.”

“The offer of payment on results is a guaranteed way to corrupt the integrity of an investigation, and even when it doesn’t alter the result, it alters the perception of the result,” another investigators shared. “If there’s any money involved to speak of, even the most ethical investigator will subconsciously be tempted to shade the facts.”

Which brought the group to the subject of getting paid.

“The investigator’s work is his work. The hours are put in and should be compensated, whether the client likes what they learn are not,” one investigator said. “I get paid for my hours put in. Period.”

The group discussion closed with this one group member’s conclusion. “I can see both sides of the coin in this discussion. However, I agree with those against it,” he said. “Even those who have taken a case or two on contingency will agree; no investigator has ever made a living or staying in business on contingency work.”

While a number of scenarios were brought into question, Brian Willingham sums up the conflict best . . .

Anytime you have the outcome of something determined by money, there will always be some sort of bias. It’s certainly a slippery slope, one that I would not start going down.

For more from Brian Willingham, visit the Diligentia Group Blog.