An Inside View: What Does the Future Hold for Private Investigation in the UK? 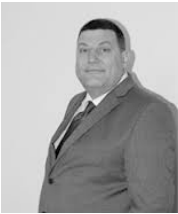 Legislation for private investigation firms is just around the corner, but how will the new rules affect businesses and the clients they represent?

Matthew Crist talks to Peter Farrington, Managing Director at Probe Investigations, to find out how the first company in the country to be assessed feels about the changes.

Last July, the government announced it was to introduce measures to regulate the private investigation industry; something which many inside and outside of the profession feel is long overdue.

Talk to most people about private investigators and they will conjure up images of Tom Selleck’s sports car driving Magnum PI or a shady looking man in a raincoat, lurking in the shadows with a magnifying glass and a huge telephoto camera lens

Far from reality, yes, but it’s an image which still gives the industry a bad name today and one that many are keen to change.

So when the Home Office announced it wanted to "ensure rigorous standards" in an industry where "rogue investigators" had been infringing on privacy, many investigation firms saw this as a chance to install some confidence in a profession that many feel has suffered from a poor reputation as of late.

One such organisation is Probe Investigations, based in Merseyside, who have been right behind the idea of legislation from day one.

“We have been at the forefront of the fight to be regulated right from the very start,” explains Managing Director Peter Farrington.

“We have always sought to show our compliance and this can be seen in our recent accreditation (ISO:9001) and the achievement of meeting the BS102000 standard, not to mention our proud membership of the Association of British Investigators.”

Peter hasn’t always worked in the world of private investigation - a term he actually prefers not to use.

“We’re not that keen on the term private investigator, we think of ourselves as professional investigators,” explains the former policeman, who found the training in his previous job was vital when starting his new business some 14 years ago.

“I was trained in a wide range of investigation techniques that I used in law enforcement. I realised that the same skills were relevant to civil court cases and decided to form my own company to provide investigative support to insurers, corporate clients and the legal profession – it was a natural fit really.”

Farrington’s work experience may have been invaluable when it came to a career change but currently anyone can set themselves up as a private investigator, regardless of their skills or even previous criminal convictions.

But under the proposed plans, investigators will be licensed by the Security Industry Authority after completing a number of checks and regulations.

[Licensing] will also instill confidence in other parties that they can work alongside investigators and hopefully this will lead to greater information sharing which is vital to do our job properly.

“It will rid the sector of the unlawful ‘cowboy’ element that blights the reputation of the profession,” Peter explains. “It will also instill confidence in other parties that they can work alongside investigators and hopefully this will lead to greater information sharing which is vital to do our job properly.”

So any existing company or new firm that might be looking to set-out in the competitive investigation world can expect to be assessed - but what does that actually entail? Probe was the first company in the country to be assessed using the new regulations, something Peter Farrington is immensely proud of.

“It was a detailed examination of our policies. It looked closely at practices and procedures to establish that we met the standard developed by the British Standards Institute. It covered ongoing training, compliance and the integrity of the company and we came through with flying colours.”

A greater transparency can only be a good thing for an industry whose work can be more varied and unpredictable than most - probably another reason for suspicion among many who don’t actually know what investigators do on a day-to-day basis.

So what exactly does an investigator do on a daily basis that can have a bearing on so many people’s lives?

“We work on lots of different types of cases. For example, I am currently dealing with a case of industrial espionage and at the same time, a family law case. We have lots of routine cases too. These would be process serving, preparing fit to sue reports, due diligence enquiries and trace enquiries, to name just a few.”

Following the introduction of the new legislation companies can expect to be refused a new licence if they have been involved in any unlawful interception of communications, such as phone hacking, accessing data on computers without permission or gathering personal details by posing as someone else.

I think in the current economic climate and with licensing on the horizon . . . the more corporate face of professional investigation will emerge."

Not something that Peter and his team at Probe need worry about, but how does he see the new rules affecting his everyday business and the long term future as a whole.

“It means that Probe is instantly recognisable as a leading company in the sector - a trusted brand. Our services have always been of the highest standard and there will certainly be no change there.”

“A lot of investigators operate in a cottage industry. One man bands working locally from a home base. I think in the current economic climate and with licensing on the horizon, this will erode and the more corporate face of professional investigation will emerge.”

Matthew Crist is a writer blogger and Journalist. He has written for several publications, including, FHM, and Time Out as well as the BBC News website. He also focuses on special interest pieces that affect those working in the ever changing world of Private Investigation. This article was written covering recent news at Probe Investigations UK.