An Investigator Gets an Unexpected Surprise on a Bug Sweep

Editor's note: This article was written by an industry professional and guest contributor. The views and opinions in this article are of the author and do not reflect the views of PInow. If you are interested in becoming a guest contributor or have a story to share, send an email to [email protected] 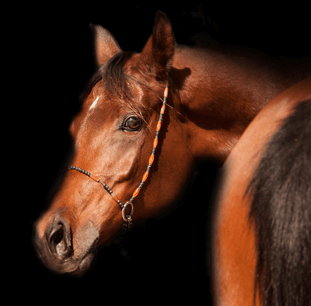 I was contacted to do a debugging sweep of a company executive area and an executive residence in a midwestern state. Having concluded the examination of the offices without finding anything I proceeded to the residence where I repeated the process. During the radio frequency examination I detected a radio frequency that I noted for additional analysis. In doing a further examination of the signal it was determined to be originating from outside the residence. This was done by moving my receiver to different locations and checking the signal strength. There was a barn located in the general direction of the signal path so I went out and did a further check.

The signal strength increased dramatically and as I walked on past the barn the signal started decreasing. I checked the strength by going in different directions and determined for certain that the signal originated from within or near the barn. The barn was used for housing horses, storage of riding tack, food and equipment used to maintain the owners expensive horses. By the way, the equipment I was using was not the inexpensive hand held near field RF detectors used by many who have little or no training in the field of bugging/debugging. It was former government surplus equipment that I was trained on while with the US Air Force.

Back to the story: As stated, the signal was coming from the area of the barn and was very strong. The in-depth examination determined that it was actually coming from outside the barn and from the general area where several horses were corralled. It was at this time the corporate security guy took the lead investigator to the side and asked him "What kind of a bozo did you bring in to do this job?" The lead investigator was having his doubts about me, too, at this time, as he had never worked directly with me and just knew me by reputation and association with the Air Force Office of Special Investigations where we had both once worked.

About this time the owner/CEO came home and the security director told him what was going on. He came over and asked me what the problem was. I told him that I had detected a signal originating from the area of the barn and that I had further localized it to the area where the horses were located but that it appeared to be moving around. He looked at me, at the lead investigator and the security director and busted out laughing.

It turned out that he had a prize mare that was ready to foal and the vet had wired her with a transmitter so that when she went into labor it would shut off the transmitter and sound a second alarm and he could respond. With that explanation I went from being "a bozo" to being a person of exceptional capabilities and something of a hero. I have also acquired a reputation within a small group of people as being someone who is not afraid to stand up to a horses ass.

About the Author: Tim Johnson’s career in the security and investigative field began in 1972 as a Special Agent with the Air Force Office of Special Investigations after 13 years as a radio and electronic equipment maintenance technician with the Army and Air Force. He received additional training by the AFOSI, CIA and FBI in electronic countermeasures (debugging), investigative support (bugging), crime scene photography, locks and alarms and barrier and physical defense, as well as advanced signal identification and analysis and antenna theory. After retiring from the Air Force in 1981, he was employed at NASA, Johnson Space Center as a GS-11 Physical Security Specialist, further developing the ECM program supporting classified Space Shuttle missions. In 1983, he assisted in establishing the ECM program for Headquarters, Department of Energy, Washington, DC. This quickly expanded to include support to include all DOE activity east of the Mississippi river, DOE SCIF areas nationwide, Naval nuclear research facilities and other nuclear related activities, closed sessions of Congress in energy related hearings and response and technical support to foreign locations in which bugging activities had been discovered. He moved to the Phoenix area and established Technical Security Consultants Inc. in April 1986.In addition to the TSCM work, he has worked as a contract investigator for the Department of Defense, Department of Treasury and the Department of Justice since 1988 and holds a Top Secret Clearance. In June 2002, Technical Security Consultants Inc. relocated to Carrollton, Georgia, near Atlanta.