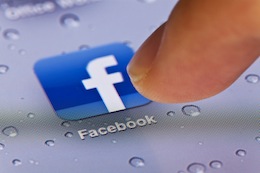 PINow is hosting our own version of PI March Madness on our Facebook Fanpage throughout the month of March!  There will be weekly drawings and a grand prize winner will be selected at the end of the month.  Forget basketball, this year all the PI March Madness fun will be had by PINow fans!

What is PI March Madness?

PI March Madness pits your favorite famous sleuths against each other.  We’ll be narrowing down our bracket of private investigators each week based on your answers to questions until we get to the final showdown.  All you have to do to enter is participate.  Get ready to cheer on your choice competitors in polls, brush up on your PI stats to prove your superior fan power in trivia rounds and be ready to show us your investigation skills.

Who are the contenders?

Famous investigators of lore will go head to head in our PI March Madness bracket. Can The Scooby Gang or The Hardy Boys defeat Sherlock Holmes or Thomas Magnum? Participate in PI March Madness to find out!

We're down to the Final Four, so make sure you head to the PInow Facebook Fanpage to vote. Semi-finalists matchups for PI March Madness are:

Sherlock Holmes vs. Adrian Monk
Holmes:  The heavily-favored Holmes kicked off March Madness in a battle against Hercule Poirot. Though Poirot, one of Agatha Christie's most famous characters, entered the competition with some loyal fans, Holmes reached victory by a 9 vote margin. Facing another great in the second round, Holmes went head-to-head with television's Columbo. Colombo beat out Batman in the first round, crushing the hopes of some of our younger fans and possibly branding himself as a villian, only to be knocked down in the second round of the competition. This was Holmes's second landslide win of the competition. It's clear that Holmes has some loyal fans, and as the competition's favored contender it's no suprise that the deerstalker-cap-sporting detective is maintaining an early lead in his semi-final battle against Adrian Monk.

Monk:  Adrian Monk, better known as the defective detective, knocked fellow television series veteran Bones out of the competition in a close first-round match-up. Dr. "Bones" Brennan experienced an early defeat, exiting what some described as a competition too lively for the anthropologist. Facing another sitcom star, Monk slid past Veronica Mars in a nail-biting second round match-up. Mars scraped by in the first round, beating out Remington Steele by one vote. But Mars couldn't keep up the momentum in the second round, and experience prevailed over spritely youth in this match. Monk progressed to the semi-finals by two votes and will be looking for an upset in his current match. He'll have to beat out Holmes to reserve his spot in the finals.

Thomas Magnum vs. Nancy Drew
Magnum:  Thomas Magnum established himself as a leader early on in the competition. It wasn't much of a first-round match as Magnum skunked Crockett & Tubbs, progressing to the second round with a 6-0 win. Magnum squared up against Inspector Clouseau in the second round of the competition. Clouseau faced a tight first-round match against Ace Ventura, but the eccentric, diamond-seeking Clouseau triumphed over the pet detective with a 1 vote lead. Any doubts on Magnum being a fan-favorite were crushed in the second round as Clouseau just couldn't rally enough fans to reach victory. Magnum practically waltzed into the semi-final, racking up the wins and achieving the title for Best Private Investigator Mustache in a side-competition. It looks like Magnum is ready for another win, but it's neck-and-neck in the semi finals as he battles Nancy Drew.

Drew:  In the youngest match-up of the competition, Drew faced off against fellow literary greats the Hardy Boys. With well-established fanbases, both sides entered the competition having already won the hearts of youths across the country. In this evenly matched first-round competition it was anybody's game. Drew reached a narrow victory only to find herself up against a second group in the next round of March Madness: The Scooby Gang. With a first-round win by as many group-members, the Gang won in a flop match against the Great Mouse Detective. But no canine could save them in the second round, and some fans were asking themselves "Scooby-dooby-doo, where are you?" as Drew continued into the semi-final round. So far Drew is standing up to Magnum in a tied match, proving that she can hang with the big boys. Magnum certainly has the confidence and record for an easy win, but at this point it's anybody's game.

Our predictions
With two clear fan favorites, Sherlock Holmes and Thomas Magnum could close the competition in a final battle-royale. But we're not counting anyone out of this competition. Peculiar behavior and obsessive compulsive disorder could bring Adrian Monk a clean win, and there's no doubt that Nancy Drew has the wits to outsmart the competition. It's anybody's game at this point, so make sure you get your votes in to see your favorite progress to the final round.

Participating in PI March Madness will connect you with other private investigators in a fun environment where you can share and compare inspirations and stories.  Plus you’ll be entered to win prizes!

What can I win?

Each week, selected winners will receive either a $5 Starbucks card, $10 iTunes card, or $25 gas card. On the final day of the contest, we will select a grand prize winner. The grand prize will be a $100 American Express gift card.

How do I participate?

To participate in PI March Madness, Like PInow.com's Facebook Fanpage and answer the latest question that will decide which PI advances to the next round of the bracket.  Every time you comment, Like a post, participate in a question or post a submission you will be entered into that week’s drawing as well as the grand prize drawing. There is no limit to the amount of times you can enter, and if you participate in the Grand Prize Day contest your name will be entered twice for each submission you make. If you win, we’ll get in touch with you and get you your prize. Winners must respond within 72 business hours or a new winner will be selected.

How do I stay updated?

Visit our Facebook Page daily to get results and participate in fun activities. You may also come back to this article where we will keep you updated on the overall PI March Madness results. Want to see what the bracket looks like now? Check it out below!