How does fraudulent worker compensation hurt businesses and honest employees? 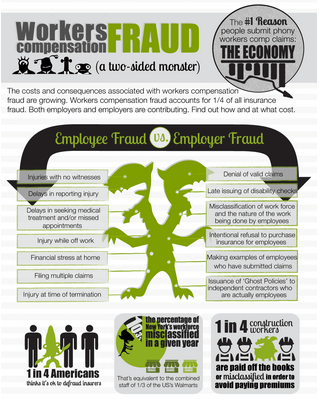 Private investigators generally interview employees who seek worker compensation claims. The interview questionnaire contains all types of questions that establish every detail of the claim. The answers are recorded which can be used as evidence in court. Private investigators collect all documents such as photographic evidence of incident and treatment copies that are helpful to detect fraud. A basic research in worker compensation claims can reveal lots of information that is generally not gained through casual observation. A private investigator knows the right places and ways to conduct research and collect information that can tell about any existence of fraud.

Evidence plays an important role in proving a fraudulent working compensation and denies compensation where the claim is not legitimate. A private investigator gathers a considerable amount of evidence that can be used to determine the right amount of compensation whatever is applicable as per the law.

Amy Screamer is a professional guest writer who is interested in writing articles related to investigations and security on behalf of Panther PI. Panther PI offers a range of investigative services in professional standards.