How Technology is Used to Prevent Counterfeiting

Counterfeiters produce $700 billion in fake products every year. This criminal activity makes it difficult for consumers to identify genuine products. Counterfeiting is also problematic because it negatively affects a brand’s image, and often funds organized crime.

Product markings, apps, websites and mobile surveillance devices are used as a line of defense against counterfeiting.

A partially invisible thread creates a brand-specific pattern that becomes visible under special lighting. The thread can be used by a range of stakeholders from resellers to border-crossing officials.

The pattern can be used in a variety of fabrics. The thread is cheap to produce and difficult to copy.

Technology has progressed from the traditional holograms to more advanced forms of identifiers.

The security image, that’s based on the Morpho’s wings, uses an embossing technique that can be applied to a variety of surfaces from fabric to metal.

The cost to add this anti-counterfeiting image amounts to pennies per unit. The process of duplicating this technology is very expensive and difficult for counterfeiters to replicate.

Custom plastic additives or pigments are company-specific identifiers that can be easily detected by using a handheld device.

Various apps are used as a tool for buyers to collaborate with brand owners to fight counterfeiting.

The uFaker app is designed to allow brand owners to share and track counterfeit activities with law enforcement, lawyers and private investigators.

uFaker lets users earn a variety of rewards, that is provided by the brand owner, for identifying and reporting counterfeit items.

The Authenticateit smartphone app allows consumers to quickly check if an item is authentic prior to making a purchase. It also empowers brand owners to identify, track, and prevent brand infringers from selling counterfeit products.

Retail companies can put a Unique Product Identifier (UPI) in the fabric or on the package. Consumers can use their smartphones to scan the UPI. If the UPI has been counterfeited, the system will notify the consumer that the product can’t be authenticated. This prevents the consumer from buying a counterfeit item.

Black Market Billions is a crowdsourcing app that allows users to take photos of possible counterfeits and upload them to an online map that’s linked to a GPS locator. This alerts other consumers of counterfeits in specific locations.

There are many online initiatives that educate consumers about knockoffs. Consumers learn why counterfeits are harmful and how to avoid purchasing them.

DesignsFauxReal is a fake consumer website created by the International AntiCounterfeiting Coalition.

The Counterfeit Report helps manufacturers educate customers about counterfeit products by encouraging them to participate in a reporting system.

Brand owners can post information about places, such as swap meets and eBay, which sell counterfeits. They can also list authorized dealers, and educate consumers how to identify and report counterfeits.

Consumers are able to search a database of products to access a brand’s information about counterfeits to avoid purchasing a knockoff. This also helps reduce the amount of counterfeits in the marketplace.

The International Trademark Association launched the Unreal campaign to educate teenagers about the economic, health and social risks associated with counterfeiting.

The campaign uses social media such as video blogs, Facebook, and Pinterest, as well interactive games to engage teenagers.

Private investigators use mobile surveillance, such as pinhole cameras, to covertly record a buy that involves counterfeit goods.

This footage can be used as evidence against the infringers in court and can lead to the seizure of counterfeit goods. 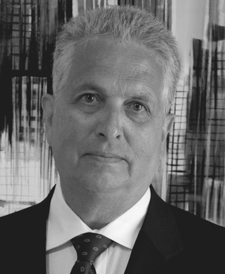